Home » Blog » What you need to know about Anatolian Shepherd?

What you need to know about Anatolian Shepherd?

As a companion for shepherds and a livestock defender, the Anatolian Shepherd Dog is a Turkish breed. Predators couldn’t tell them apart from the herd, since they were made to look like the animals they guarded.

As a fiercely devoted watchdog, they’re also a massive, majestic canine species, weighing in at around 120 to 150 pounds when fully grown. An alternative name for this breed is the Anatolian Karabash Dog (also known as the Kangal) (which is regarded a different breed by several kennel associations).

In addition to their size, these dogs are known for their stubbornness. Shepherd Anatolian Dog-experienced trainers are needed to provide them with the rigorous instruction they require. The hair they lose throughout the year will also require cleaning, so plan accordingly.

All members of their “flock,” including humans, are treated as such by a well-trained Anatolian Shepherd. As a result of their size, it’s easy for them to knock a youngster over during energetic play. These dogs may also chase other animals if their owners don’t train them the appropriate way. anatolian shepherd puppies should be socialised and trained as soon as possible. An Anatolian Shepherd Dog may be your lifetime companion and protector if you’re willing to put in the time and effort to learn how to properly handle such a large dog.

Also Read: Tracking your Dog with a Garmin Dog Collar

The Anatolian Shepherd Dog is revered for his role as a cow guardian and protector. Thus, they were bred to coexist peacefully with the flock and recognise it as their own. Tough, self-confident guardians who know just how much protection or intimidation is needed in any particular situation are the guardians here.

How big are the anatolian shepherd great pyrenees mix?

They are about  80–150 pounds at a height of 27–29 inches Their typical life expectancy is between 11 and 13 years. The fact that they have such a commanding physical presence suggests that they are part of the Working Group.

The Anatolians have operated independently for centuries, making decisions concerning threats to their property on their own. Whether it’s a herd of sheep or a family of dogs, pups will take on the duty of protector and eventually take on the position of guardian. Whether their “flock” is made up of humans or animals makes no difference to the Anatolians. Protecting their territory is at the top of their priority list for them.

The Anatolian Pyrenees temperament Dogs like the Great Pyrenees are adaptable and “mellow” in any environment. He is loving, loyal, and devoted to his family and friends. The Anatolian Shepherd is a ferocious protector of his family. He’s talented, but he can also be a bit tyrannical. As a result, the Pyrenees of Anatolia may fall wherever in the middle.

In addition to their protective character, they exude an air of authority. It’s not uncommon for an Anatolian to top the 150-pound mark. They’re covered with a short fawn coat and a black mask. Even though they appear to be intimidating, they are actually rather amiable towards their loved ones.

The Anatolian is an intelligent, loyal, and dependable working dog. Their independence makes them more likely to question whether or not to follow an order, making them more difficult to teach. They need a strong, kind, and steadfast leader to guide them.

In general, this breed is not a good choice for families with little children. Due to their size, they may inadvertently injure a little child, especially if they are a clumsy puppy (the phrase “bull in a china shop” applies).

If the dog misinterprets their roughhousing, Anatolian parents may intervene to protect their children from unwanted playmates. The Anatolian has no problem getting along with older children. A family’s children are an evident element of the flock that has to be guarded.

A breed like the Anatolian Shepherd is not right for everyone,anatolian shepherd temperament is different .If you and your family are aware of their unique features and requirements and are ready to accept the responsibility of owning a large and protective dog, they may be a great and loyal friend.

One of the most powerful, smart and independent dogs in the world is the Anatolian Shepherd Dog. They have the ability to think on their own, which is essential for a livestock guardian to possess. Protective of their flock, they feel they are always on patrol for their family.

Despite their protective behaviour, Anatolian Shepherds are calm, friendly, and affectionate with their immediate family. Despite the fact that they are close to their family, they are unfriendly to anyone who is not, even if they are a friend or related.

With a good disposition, puppies like meeting new people and being held, and they are eager to learn and play. A puppy that isn’t fighting with its littermates or cowering in the corner of the room is a better choice for adoption than one that is fighting with its siblings.

Adopting a puppy from a shelter or rescue may not allow you to meet the parents’ siblings or other relatives, which might help you get a better idea of the puppy’s personality as an adult.

This breed is susceptible to hip and elbow dysplasia, as well as hypothyroidism and von Willebrand’s disease. To learn more about the potential health issues that this dog breed may face, keep reading:

To put it simply, hip dysplasia is a medical condition in which the ball and socket joint in the hip does not function properly. A dog’s rear legs may display signs of discomfort and lameness, while others show no signs of difficulty. (X-ray scanning is the best way to detect the condition.) As the dog grows older, it is possible that it will develop arthritis in one or both joints. There should be no breeding of dogs with hip dysplasia.

The Anatolian Shepherd is a hardy breed that can thrive both indoors and out. They, on the other hand, do not do well in kennels or on a leash. Dogs of this size require a 6-foot-tall fence in order to protect themselves and other dogs and humans who may accidentally enter their domain, which they will aggressively defend.

From the time it is a puppy, the Anatolian Shepherd has to be socialised since they are fearful of new people, animals, and situations. they also have long haired anatolian shepherd. As a result of the Anatolian’s obstinate nature, obedience training and ongoing supervision are both essential. There’s no way this dog is going to be influenced by the whims of its owner.

The Anatolian Shepherd will defend and protect even without any protection training; in fact, attack training is not recommended for this breed. As they get older, they get more protective, and by the time they’re around 18 months old, they’ve typically taken on the role of guardian on their own.

Anatolian Shepherds should eat this diet. There should be room for a large to massive breed of dog with moderate activity and exercise needs. Talk to your veterinarian or a nutritionist for advice on what to feed your Anatolian Shepherd and how much to give him. Puppies’ nutritional needs change as they get older, as do those of adults and the elderly alike. You should keep an eye on these dietary requirements.

The Coat’s Grooming and Color

Under the thick coat of the Anatolian Shepherd Dog is a short coat (approximately an inch length). There are feathers on the ears, legs, and tail of a pig. Fawn with a black mask is the most common colour for their coats, which come in pinto, white, and brindle.

When it comes to grooming, the Anatolian Shepherd doesn’t require much effort. Despite the breed’s short coat, expect a lot of shedding all year long. Brushing more often at these times helps remove dead hair. Taking a shower three to four times a year is plenty. There are many species like brindle anatolian shepherd and white anatolian shepherd puppies

For best results, brush your Anatolian Shepherd’s teeth on a regular basis, at least two or three times a week. Gum disease and bad breath may be prevented by brushing your teeth at least twice a day.

In order to prevent painful rips and other problems with your dog’s nails, you should trim them once or twice a month if they don’t naturally wear down. If you can hear them clicking on the floor, they’re too long. The blood vessels in dog toenails may cause bleeding if you cut them too short, and your dog may refuse to cooperate when the nail clippers are pulled out again in the future. It’s best to seek the counsel of your veterinarian or groomer if you’ve never cut a dog’s nails.

People with redness or a bad smell coming from their ears should get them checked out once a week to rule out an infection. Wipe your dog’s ears with a cotton ball dampened with a pH-balanced ear cleaner to help prevent infections. Instead than cleaning the ear canal, focus on cleaning the exterior of the ear instead.

When your Anatolian Shepherd is a puppy, begin brushing and checking his or her coat. Keep an eye on their paws and check their lips regularly since dogs are extremely sensitive to their feet. Set the groundwork for easy vet checkups and other handling by making grooming a fun experience for them, replete with praise and awards.

Look for sores, rashes, or signs of infection, such as redness, discomfort, or inflammation, on your nose, lips, eyes, or feet. The eyes should be clear of any redness or discharge. You will be able to catch any health concerns before they become serious if you get a regular checkup.

How much does an anatolian shepherd cost?

Prices for Anatolian Shepherd Dog puppies typically range between $800 and $1,200, however this can vary widely depending on the breeder and location. Breeder repute, the quantity of puppies born each year, and the cost of health testing may all influence the price.

How big is an anatolian shepherd?

Anatolian Shepherds usually reach 27-31″ (71-81 cm) in height and weigh between 90-141 pounds (41-64 kg), on average, when completely grown. They generally acquire their ultimate size between the ages of 14-19 months, depending on how enormous they get. On average, boys are generally taller by 1-2 inches and heavier by 15-20 pounds

How fast can an anatolian shepherd run?

An Anatolian can run upto Twenty-eight miles per hour .As far back as 6,000 years, Anatolian shepherds protected livestock from bears and mountain cats while braving harsh temperatures and performing incredible feats of speed. In order to teach this breed properly, it must first be socialised; this breed is tough to train because of its fierce and protective nature.

Anatolians will guard you and your property with their lives if you earn their confidence.Angry farmers shoot cheetahs in Namibia, while Anatolians protect sheep from cheetahs and prevent livestock predation. Anatolians shed a lot because of their double coats. A few people have had to give up their pets because of this.

Colors like white, fawn, brindle, or fawn with a black mask are all acceptable. Many of these guards have similar colours or patterns to help them blend in with their surroundings. 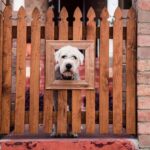 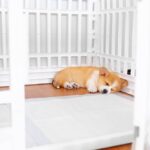 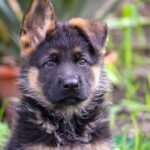 How to Groom a Long Haired German Shepherd?